Prakash’s most recent book, “The Living Presidency: An Originalist Argument Against Its Ever-Expanding Powers,” was published by Harvard Belknap Press in 2020. He also authored “Imperial from the Beginning: The Constitution of the Original Executive” (Yale University Press, 2015). The former book focuses on the modern presidency while the latter considers the presidency of the Founders.

Prakash has authored over 75 law review articles. Among them are “Of Synchronicity and Supreme Law” in the Harvard Law Review, “The Indefensible Duty to Defend” in the Columbia Law Review, and “50 States, 50 Attorneys General and 50 Approaches to the Duty to Defend” and “The Executive Power Over Foreign Affairs” in the Yale Law Journal.

Prakash has published op-eds in The New York Times, The Wall Street Journal and the Los Angeles Times. At the request of Democrats and Republicans, he has testified before Congress on matters of presidential removal, the Mueller Report and how Congress might better check the presidency. He is currently a Miller Center Senior Fellow. In 2015, he received the Roger Traynor award for faculty scholarship. In the same year, he received an honorable mention from the American Society of Legal Writers for his book “Imperial from the Beginning.” He has given named lectures at William & Mary Law School, Princeton University and Toledo Law School, and keynote addresses at several conferences.

Prakash majored in economics and political science at Stanford University. At Yale Law School, he served as senior editor of the Yale Law Journal and received the John M. Olin Fellowship in Law, Economics and Public Policy. He subsequently clerked for Judge Laurence H. Silberman of the U.S. Court of Appeals for the District of Columbia Circuit and for Justice Clarence Thomas of the U.S. Supreme Court. After practicing in New York for two years, he served as a visiting professor at the University of Illinois College of Law and as an associate professor at Boston University School of Law. He then spent several years at the University of San Diego School of Law as the Herzog Research Professor of Law. Prakash has been a visiting professor at Northwestern University and the University of Chicago. He also has served as a James Madison Fellow at Princeton University and Visiting Research Fellow at the Hoover Institution of War & Peace at Stanford University. The Federalist Society’s Georgetown Law Student Chapter and the Regulatory Transparency Project hosted John Yoo and Saikrishna Prakash for a discussion on the extent of executive power. 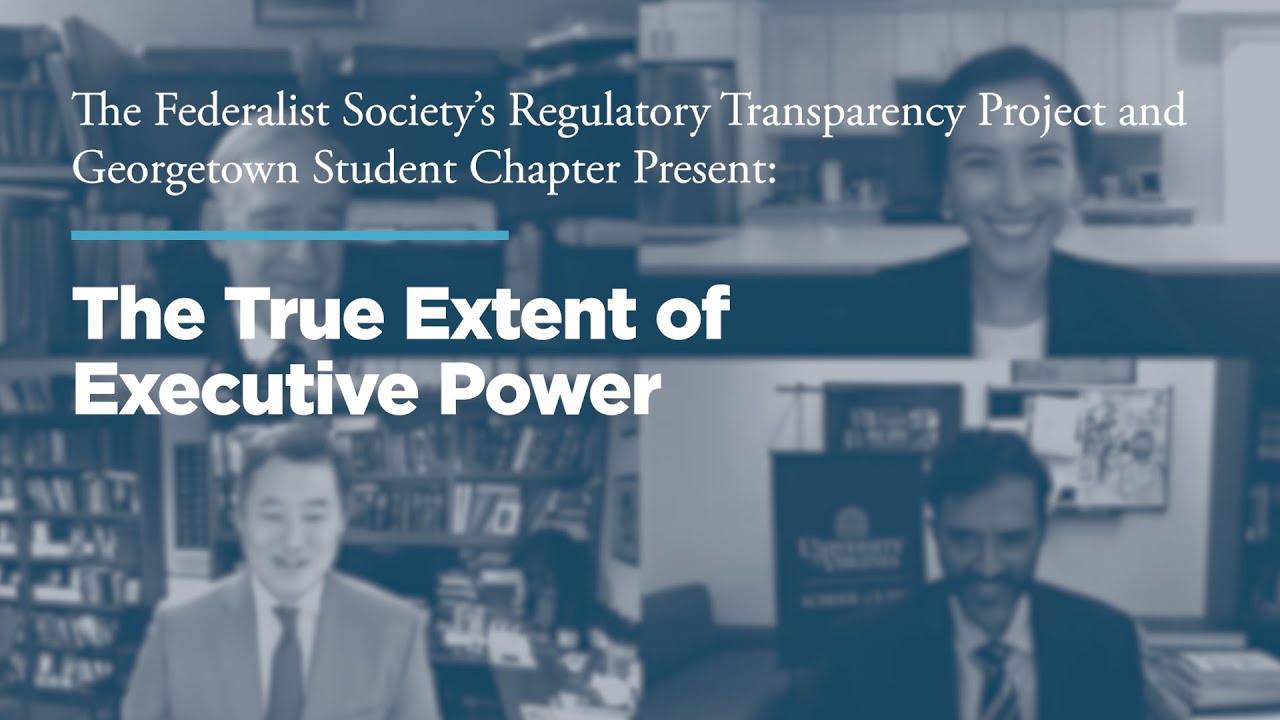 The Federalist Society’s Georgetown Law Student Chapter and the Regulatory Transparency Project hosted John C. Yoo and Saikrishna B. Prakash for a discussion on the extent of executive power.