Professor Maimon Schwarzschild served in the U.S. Department of Justice in Washington, D.C. during the Carter administration. He has practiced law as a barrister in London and with the Chadbourne law firm in New York. He was an accredited journalist at the United Nations for five years and had White House press credentials during the Nixon administration. He joined the USD School of Law faculty in 1982, and has been a visiting professor at the Hebrew University in Jerusalem, the Sorbonne in Paris, and the University of California, San Diego.

Schwarzschild has been an appointed member of the California State Advisory Committee to the United States Civil Rights Commission since 2015. He is a member of the editorial board of Law and Philosophy: An International Journal for Jurisprudence and Legal Philosophy (Springer Publishers) and has been its Book Review Editor. He is an Affiliated Professor at the University of Haifa in Haifa, Israel. He is an English barrister as well as an American lawyer. He was called to the English Bar at Lincoln’s Inn and is a member of barristers’ chambers at Landmark Chambers, London. Gail Heriot and Maimon Schwarzschild discuss their recent book, which is a collection of essays examining the impact of racial diversity preferences in American colleges and universities. 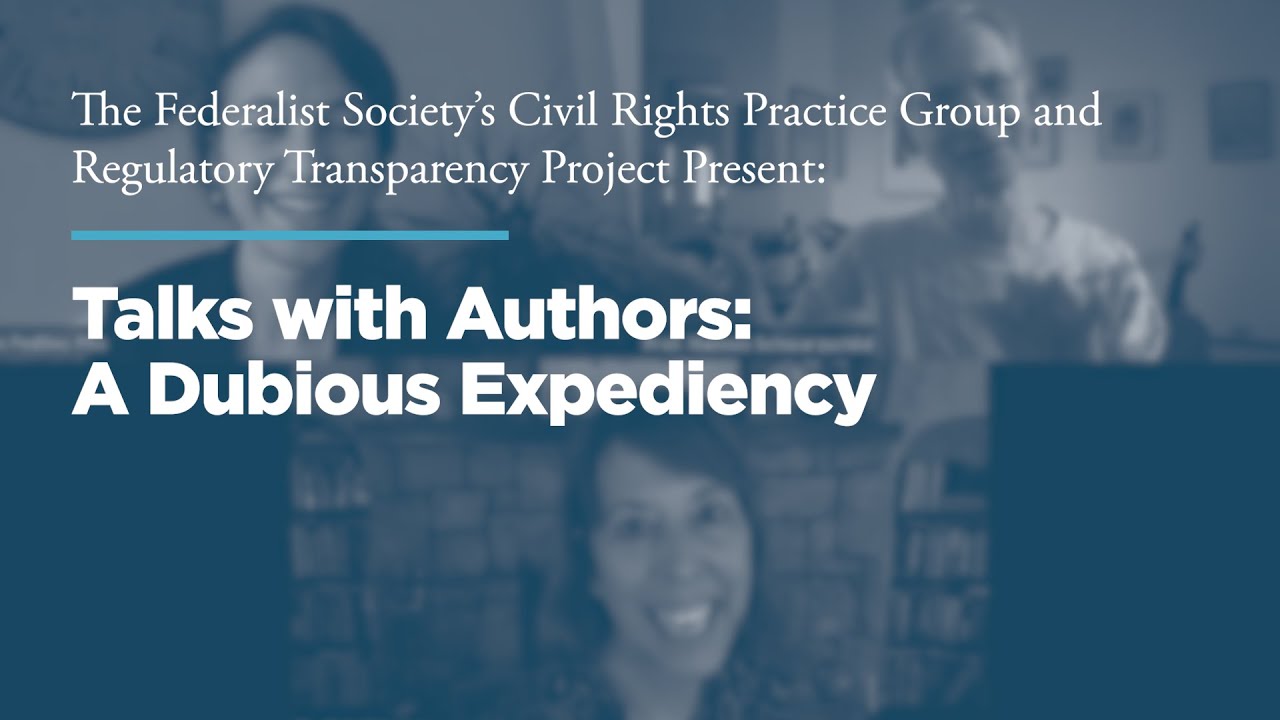 Talks with Authors: A Dubious Expediency

Gail Heriot and Maimon Schwarzschild discuss their recent book, which is a collection of essays examining the impact of racial diversity preferences in American colleges and universities.