Herbert Hovenkamp is a Fellow of the American Academy of Arts and Sciences, and in 2008 won the Justice Department’s John Sherman Award for his lifetime contributions to antitrust law. In 2012 he served on the ABA’s Committee to advise the President-elect on antitrust matters. His principal writing includes The Opening of American Law: Neoclassical Legal Thought, 1870-1970 (Oxford, 2015); Antitrust Law (formerly with Phillip E. Areeda and Donald F. Turner) (22 vols., Aspen 2008-18); Principles of Antitrust (West, 2017); Creation Without Restraint: Promoting Liberty and Rivalry in Innovation (Oxford, 2012, with Bohannan); The Making of Competition Policy (Oxford, 2012, with Crane); The Antitrust Enterprise: Principle and Execution (Harvard, 2006); Federal Antitrust Policy: The Law of Competition and Its Practice (West, 5th ed. 2015); IP and Antitrust (2 vols., Aspen, 2017, with Janis, Lemley, Leslie, and Carrier); and Enterprise and American Law, 1836-1937 (Harvard, 1991). He has also co-authored casebooks in antitrust, property law, and a free open source casebook on innovation and competition policy. He has consulted on numerous antitrust cases for various government entities and private plaintiffs. He has two sons. On October 7, 2020, the Federalist Society’s Pennsylvania Student Chapter and the Regulatory Transparency Project co-sponsored an event on “Antitrust Populism and the Conservative Movement.” 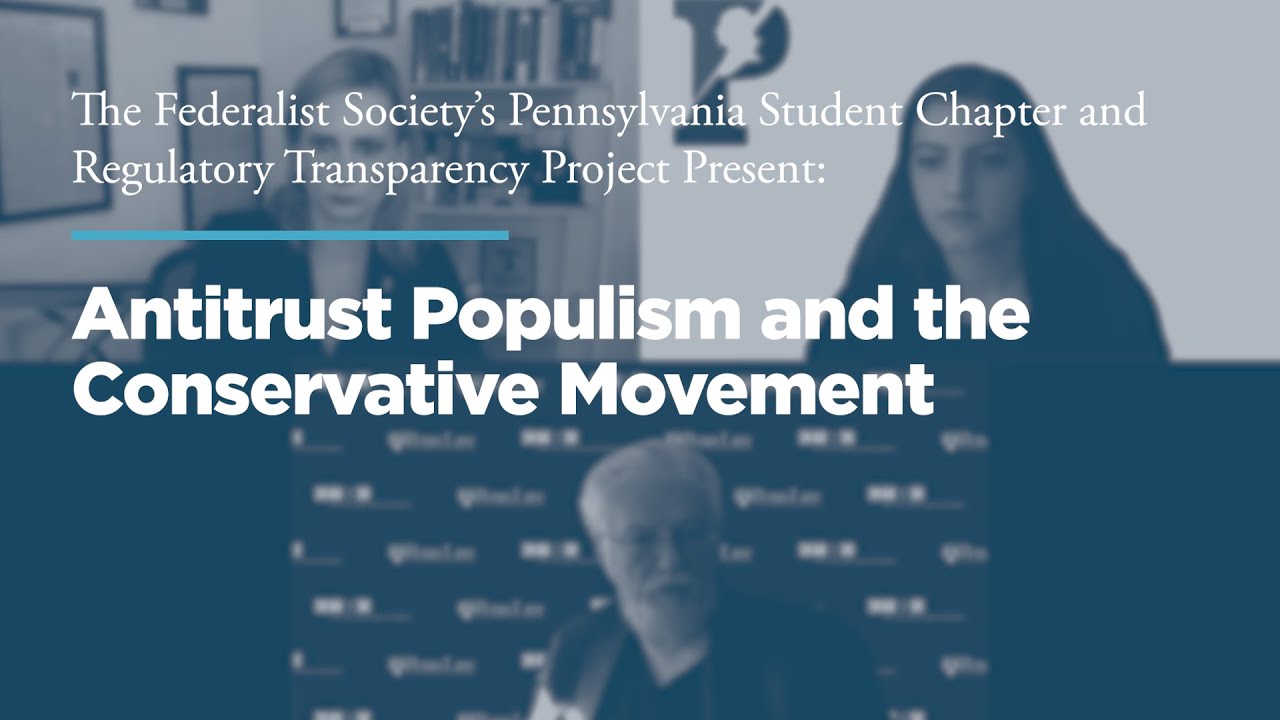 Antitrust Populism and the Conservative Movement

On October 7, 2020, the Federalist Society’s Pennsylvania Student Chapter, the Penn Law Journal of Law and Innovation, and the Regulatory Transparency Project co-sponsored an event on “Antitrust Populism and the Conservative Movement.”