Christine S. Wilson was sworn in on September 26, 2018 as a Commissioner of the Federal Trade Commission. President Donald J. Trump named Wilson to a term that expires on Sept. 25, 2025.

Wilson previously served at the FTC as Chairman Tim Muris’ Chief of Staff during the George W. Bush Administration, and as a law clerk in the Bureau of Competition while attending Georgetown University Law Center.

In between her periods of service at the FTC, Wilson has practiced competition and consumer protection law both at law firms and as in-house counsel. When nominated, Wilson was serving as Senior Vice President — Legal, Regulatory & International for Delta Air Lines. Prior to joining Delta, Wilson was a member of the Washington DC antitrust practice groups of Kirkland & Ellis LLP and O’Melveny & Myers LLP. Early in her career, Wilson worked with former Assistant Attorney General James F. Rill at Collier Shannon Rill & Scott on a variety of competition law and policy initiatives, including the final report of the International Competition Policy Advisory Committee commissioned by Attorney General Janet Reno.

Wilson lives in Virginia with her husband Ramsey, with whom she has two daughters. 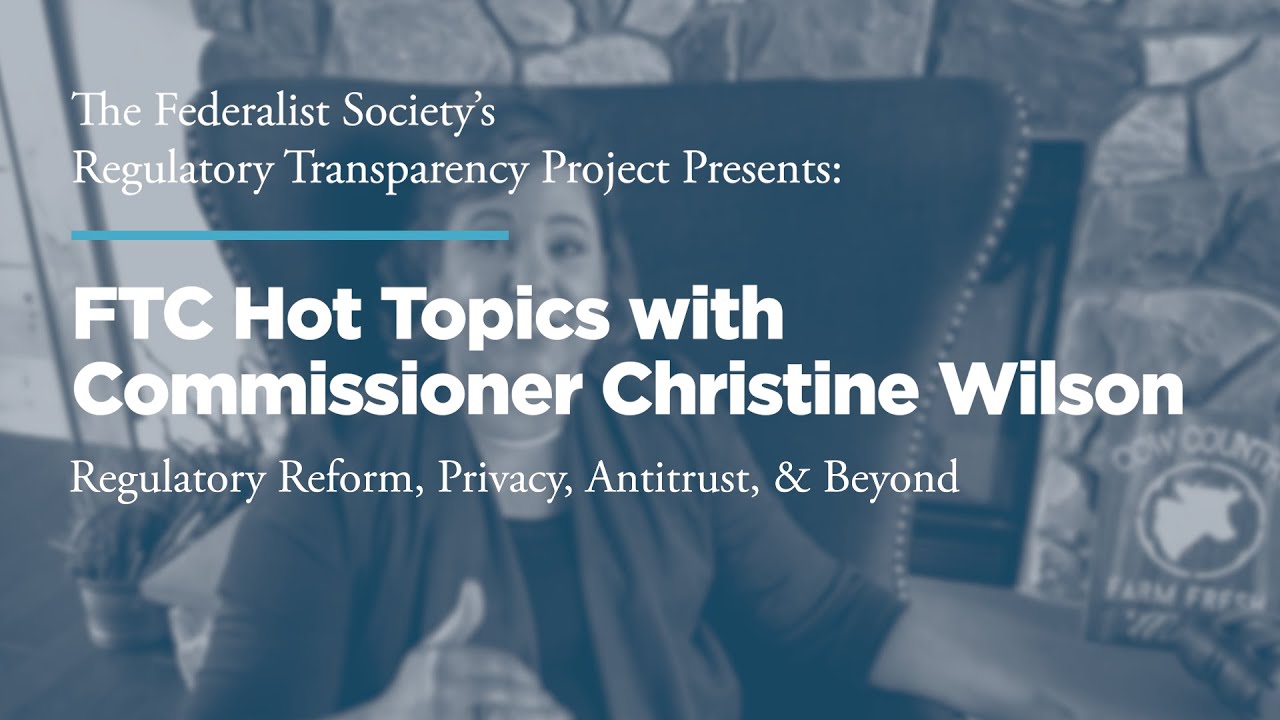 On May 18, the Regulatory Transparency Project hosted a virtual fireside chat discussion on the Federal Trade Commission’s regulatory reform efforts, federal privacy legislation, and the future of antitrust law. Please enjoy this recording of our May 18, 2020 fireside chat discussion on the Federal Trade Commission’s regulatory reform efforts, federal privacy legislation, and the future of antitrust law.